The Basus subwoofer system consists of a bass driver with motional feedback in a sealed metal enclosure, a 1kW power amplifier, and an active crossover system with switch-selectable preset frequencies that allows the Basus to be used with any speaker/amplifier combination. The Basus subwoofer project was started as a bass extension unit for the Lyra speaker that evolved into the ultimate universal woofer – a matching stand to mount the Lyra on top of the Basus is provided making it one system visually. The Lyra/Basus/Teres combination creates an active speaker system with unmatched synergy and visceral impact.
Undistorted bass at high enough levels creates a different
perception of the music. When the group delay is very low
pulses and percussive instruments become solid and with well
defined body, cleaning up the murkiness in the soundstage
creating a see-through effect allowing one to hear the reverb
and reflections in the back of the soundstage. You don’t hear
more bass but more music!

BASUS AND THE NEED FOR BETTER BASSIn Music school we are taught music has three main elements; rhythm, harmony, and melody. The bass notes lay the foundation for two of these three elements – Rhythm and Harmony. Numerous studies confirm that people react to low frequency beats and can detect timing errors more accurately in the bass than in mid and high frequency ranges. Bass is not rumbling noise associated with a passing starship, but the foundation of a musical passage. It is the lowest note that defines the harmonic structure in frequencies above it. It can make music sound sad or bright, or mellow. Music contains two very different types of bass; one that is continuous and sustained, and the other pulsed and very short (percussive).

Proper phase alignment in sustained bass creates the correct waveform allowing you to identify the instrument and discern its sound texture. The pulse of the bass provides us the beat and timing of the piece. Any delay there and the sound is ever so slightly off the beat making the music less impactful. Small ported speakers and home cinema subwoofers exhibit very large group delay giving meaning to the term “murky bass”. Large ported enclosures behave better exhibiting this problem only in the very low bass. The best overall performance is achievable with sealed enclosures – especially large sealed enclosures. In large sealed enclosures the group delay is the lowest and least obtrusive. Unfortunately, the efficiency of sealed box systems is very low. For any given cut-off frequency, the box size will have to double for each 3dB higher efficiency.Now you can understand how manufacturers “misinform” you. Below are the maximum theoretically possible efficiencies for sealed box speakers expressed as SPL per watt:

The conclusion is that to have deep bass at high levels you need large speakers and a lot of power Cabinet’s re-radiated energy- think of a drum, vibraphone or an organ pipe. The speaker enclosure is a resonator in its own right. If you create a pulse at its opening it will quickly respond with its own voice – like an echo in the mountains.

Containing this unwanted sonic signature of the box in the box and not letting it escape the enclosure is a difficult task.
Harmonic distortion in the bass region seems to be so widely accepted that 5-10% of people would complain about its absence when it is not present. In many systems you hear the “newly created” harmonic structure of a bass note without hearing the note itself. (bose acoustimass, laptops, tv sets).

Modulation effect of bass on rest of music. The human ear is known to produce a fair bit of harmonic distortion itself leading to the production of intermodulation products. To illustrate it
with a simple example – if you listen to a clean tone – an opera singer and you add a low frequency signal with an appropriate but still unobtrusive level, meaning you don’t notice it, you will notice in fact a change in the tone of the voice. The voice will be modulated. This is one of the main principles of music creation. A bass tone modulates a higher pitch tone giving it its beat and coloring it, so in a solo an off beat note is accentuated by having a different character as it’s not being modulated by the bass burst. Interesting.

Up to now we discussed the effect of bass modulating the upper tones and how it creates music, but when this is is done ad hoc without being related to the music we could classify it as noise and distortion. The level of these artifacts relative to the level of the reproduced signal will define the speaker’s signal to noise ratio.One approach to reducing those artifacts is to make sure they are not created in the first place. The use of feedback has been widely discussed and is the principle behind 99% of the amplifiers in use today.

Why is it not applied to speakers? Not as easy and well understood or maybe too complex and with limited commercial value to be worth the effort, we can’t know for sure. Speaker drivers are linear electric motors, much like the ones spinning a fan or lately the wheels of your Tesla. Those same motors are used in CNC machines and everywhere in our daily life. The PC on which you are reading this has a fan mounted on the CPU that adjusts its speed according to the temperature of the CPU. This is just one example of a feedback system. You start playing a computer game and your CPU load increases dramatically, a bit later the fan starts spinning much faster trying to cool the CPU.The time it takes for the CPU to heat up so the fan speeds up and then restores the CPU temperature is called latency. Every feedback system has such a thing. Now apply this to speakers.
You have a bass driver and you apply a signal to it. The current running through the coil creates a driving force accelerating the speaker cone. The acceleration creates a sound wave, but when you stop the signal there’s still some kinetic energy on the cone, producing sound unrelated to our signal, and last but not least the magnetic motor generates EMF, that leads to more unwanted cone
movement. It is a bit like beating a drum and trying to control the sound with the sticks.

Introducing a system that measures the acceleration and velocity of the cone and comparing it to the input signal gives us the ability to create a control signal to stabilize it. As described earlier, all
feedback systems have latency and a number of other limitations allowing us to apply only a certain amount of correction in a limited frequency band. In other terms, the sound can never be made perfect but over a limited frequency range performance can be improved more than 10 times!!! With the implemented feedback system we are able to control (lower) the resonance of the
mechanical system in the box and the total Q of the system. Taking advantage of the fact that speaker drivers operating above their resonant frequency have much lower phase shift.

To handle the 1kW of power and mechanical stress we built it in an all metal enclosure capable of withstanding the high sound pressure. 1kW? What for? When resonance occurs the impedance of a bass driver can rise more than 10 times, or in other words the power going to it is 10 times less. So, to put this in perspective, your favorite 100W class A amp that can pump 30 Amps in a speaker actually won’t deliver more than 10W to the bass driver!! Yet once we go to a higher frequency, on the very reactive part of the impedance’s spectrum it can pump a few hundred watts in it for no reason what so ever charging and discharging one of the capacitors. Mass and its effect – the preconception that large heavy cones are what makes bass is just not true.
The heavier the cone the more force and time are needed to accelerate and stop it. More power is needed to compensate for the lowerefficiency, so with a powerful amp you can make them sound just as loud as the lighter ones. It makes no sense but sells more speakers 😉 According to the formula for sealed speaker efficiency and extension, every enclosure has a calculable volume level (sensitivity), but there is no mention about driver size, weight and shape in that formula. They are irrelevant, and defined only for practical manufacturing reasons. Installing an active bass unit in an existing system requires removing the frequency band from the main speakers and level matching the two. We have built a crossover system in the Basus allowing for multiple interface types and level adjustments to suit every system. You always wanted that 20W SET amp to power the mid/highs and have thunderous bass at the same time, now is your chance.

The principle we based our research on was developed by Philips in the 60’s and 70’s and thousands of studio monitoring speakers have used it over the last 35 years. Unfortunately, most of the development effort was devoted to making a small box sound like a large one and no one ever considered building a big system commercially. You can say that we have scaled, hot-rodded and turbocharged the concept, by developing a custom drive unit, drive electronics and bomb proof enclosure.. Is it that good? It sure is, and then some! 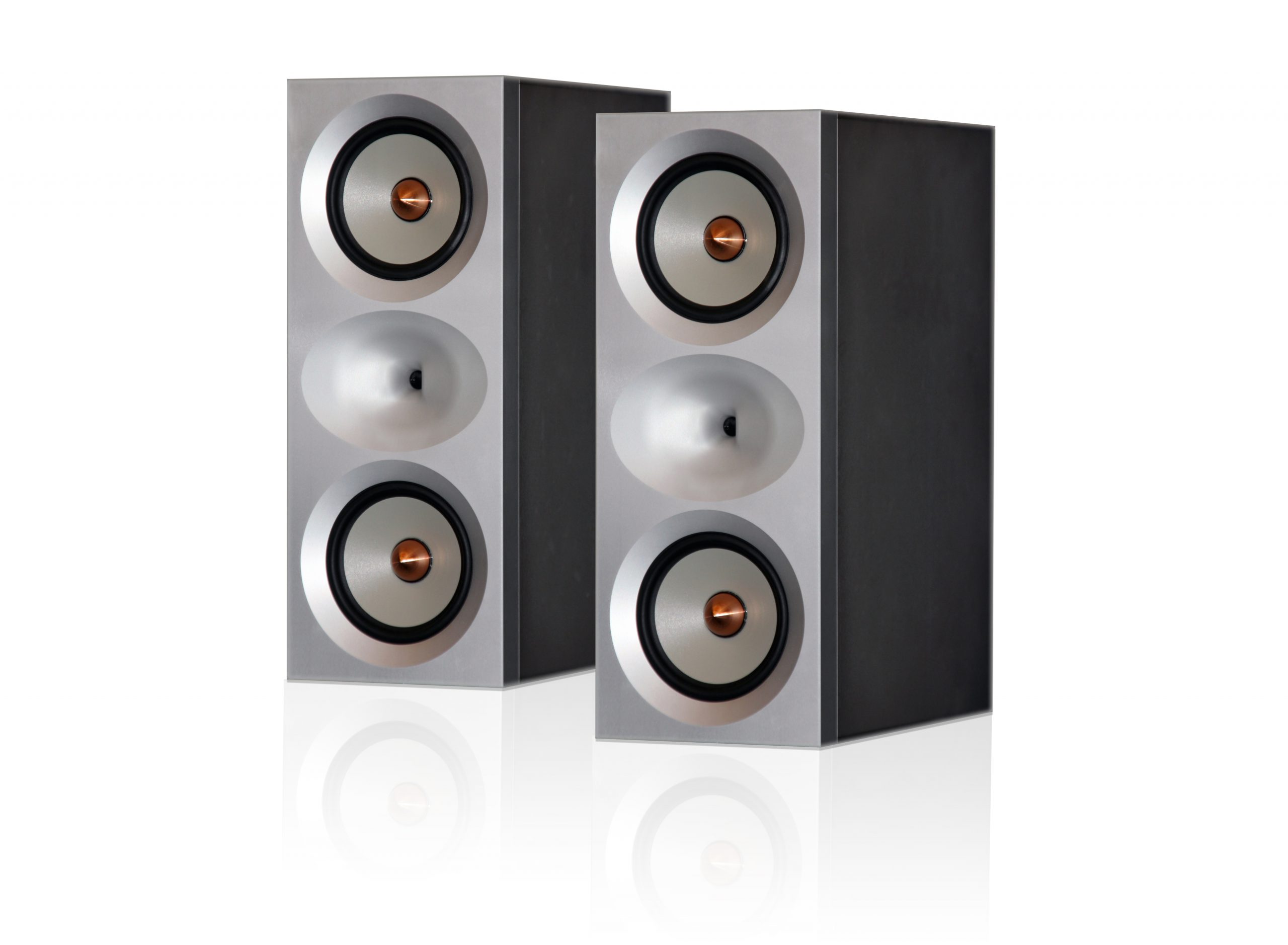 We are always looking forward to new contacts and ready for fruitful cooperation. Leave your contacts, we will get back to you shortly.